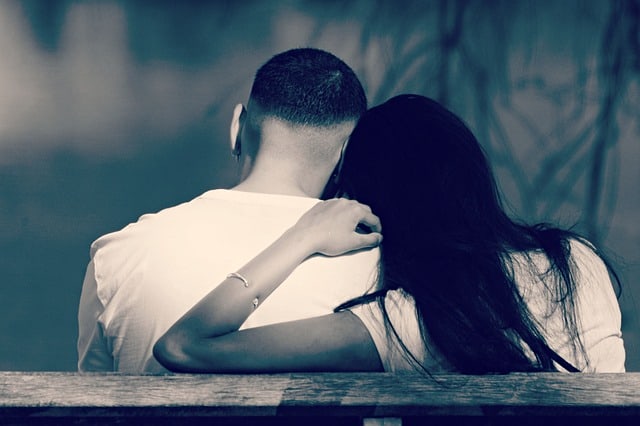 Diabetes is a horde of disorders. We have been well knowledge of its effects on the heart, kidneys, skin, limbs, and hormones. But the not much-spoken ailment of the disease is the damage caused to the sexual life of the diabetics. There are some miseries created by the high blood sugar levels in both the reproductive system and urinary functions. These are noticeable in both men and women irrespective of the age. Both middle-aged to the seniors, women in pre-menopause and post-menopause are prone to these adverse effects. In India the diabetic men 80 percent chances to suffer from sexual dysfunction. Women fall for these disorders commonly after menopause with 85 percent chances and pre-menopause with 50 percent chances. Several researchers have proved the alarming ground for the erectile dysfunction in the men is provided by chronic diabetes. The female sexual dysfunction prevalence in women after menopause is 97 percent and 50 percent in premenstrual women. Diabetes neuropathy is a condition of diabetes in which the nervous system is tremendously affected. This leads to urination disorders, blood circulation problems, coordination and posture imbalance, foot complications, sexual disorders. The nerves, blood vessels, hormones are needed to be in cordial functions for the sexual life to go smooth. Anyways the libido decreases as the age increases in men. The erection diminishes with age often The erection of the penis needs the work of a network of nerves and blood vessels. With the neuropathy damaging them, there arise complex problems as there would be no control over the organs. The urination issues are the add on to the existing problems. The involuntary and excessive urination may occur in many cases due to the failure of nerve control. The Vasculopathy is the word used to describe the damage done to the blood vessels. The network of blood vessels is responsible for the flow of blood to the extreme parts of the body. When they get destroyed, the functions, flow, and physiology of the organs are ultimately damaged. Anticoagulants are used to treat them. The vasculitis is the thickening of blood vessel walls. Even this hurdles the flow of blood through the capillaries. Exclusively, the blood flow which is crucial for every system to function normally is in danger. Where the sexual functions demand a great blood flow, these both issues barricades it to the greatest extent possible. Many of us unaware of this Vasculopathy role in the dysfunctions and impotence. Diabetes is the root cause for the Vasculopathy and vasculitis, as the blood vessels get damaged by the high blood pressure and rising blood glucose levels. Thus, diabetes in some or other way helps to degenerate the libido and cause impotence. The diabetics, in general, lack confidence in themselves. They undermine their abilities and fear a lot of things. There recurrent falls and uncontrolled postures make them afraid to walk, stand and even a social talk. They lose their self-esteem. They behave isolated and sit in loneliness. They face great depression and struggle battles with themselves. Thoughts about their increasing blood sugar levels, chronic body complications, and gaining body weight overthrow them into stress. This stress caused by diabetes establishes immense blow on interest in sex drive and coitus amongst many diabetic couples. A need to open talks with the partner reduces the stress and lessening the uninterested. Helplessness, profuse sweating, fatigue, dizziness, inability to work, are the signs of a diabetic. This happens as the glucose deposits aren’t exploited by the cells for their functions. All the glucose available is present in the bloodstream, leaving the body deprived of the energy necessary. So, the individual feels the lack of strength and energy needed. This directs the sexual life to passivity because of the diminishing energy levels. Anxiety issues gained from diabetes create a serious impact on sexual life in both men and women. Some of the affected individuals constructs conflicts with their partners in terms of sexual life as well as their normal lifestyle.

Keeping away from the doctor:

People infected with such disorders feel embarrassed or low to go consult a doctor. A doctor aid, early diagnosis, and treatments revert the avenging problems at hand. Open talk and clearance of all your doubts equals your disease to half and boosts your confidence. Most of the complications in diabetes cases occur due to the negligence of the symptoms.

Complications in men and women:

There is a range of complex disorders that diabetes brings along with. They create major problems in both men and women. Let’s have a look at them

Urinary incontinence and bladder problems are major risks. The involuntary leak of urine from the bladder is seen. The frequent urination and urge for micturition are observed quite a lot. The sphincter muscles that are to be controlled by the nerves are not functional as they are greatly damaged by diabetic complications. The detrusor muscles of the urinary bladder contracts on their own letting the urine pass out without control. Urinary retention is the most welcoming disorder after the incontinence.

The estrogen levels gradually get lowered after menopause in women. Diabetes stunts the hormones and creates the imbalance among both of them. The testosterone levels in males also get decreases substantially in the men. The high blood glucose levels affect the hormone levels and trigger postmenopausal changes decreasing the needed sex hormones in the diabetics. Diabetes creates chaos in the female system. Their desire for the coitus and interest in sex drive goes down with the increasing diabetic complications. They deny any sexual intercourse and avoid even the talks with the partner. 80 percent of them doesn’t reach orgasm during the coitus. There is no interest in them for any arousal and they lack the libido distinctively. The vaginitis is observed, where the vagina faces inflammation with pain, itching, and dryness. This makes it painful for sex. Lubrication is needed for a happy sex drive which is lowered in women.

This leads to the disinterested sexual life. The lack of satisfaction occurs after the sex in both the partners. The thrush and yeast infection are the other major ailments caused by diabetes. The yeast feeds on the sugars. The increased blood sugar levels in the blood grow the yeast infection making the sexual and reproductive life miserable. The urinary bladder infections also spread more with the increased glucose levels in the bloodstream. Commonly these are seen in the vagina of the women causing vaginal yeast infections. The cystitis of the urinary bladder continue the next common infections provoked by diabetes in women. The bacteria multiplies and infects the bladder. The E.coli is the bacteria that enter the urethra and increases the way to urinary tract infections. This attracts urinary tract infections and lessens the libido. The urinary tract infections are never ended when infected with diabetes. the night hypo or the hypoglycemia in the nights disinterests the sex life in the couple. Sexual impotence in men is the most painful issue of their lives. An average man loses his abilities in sex with them setting age. But in diabetics, the complications in sexual life arises almost 12 years prior to the normal individuals. The important problem being the erectile dysfunction in which the erection hardly occurs as the nerves and blood vessels associated with the penis and the muscles could not function evidently because of diabetes. The penis becomes curved in some males, the curvature of the penis is hard to erect and makes it painful. This is called penile curvature or perponie’s disease. The sperm inefficiency is noticeable in some, where artificial insemination comes to aid. Retrograde ejaculation is the condition in which the semen enters the urinary bladder instead of the urethra. The testosterone levels decreased needs testosterone therapy which may have complex side effects. Even the urinary incontinence and urine retention are found in males. Urodynamic testing is done to check the situation. Alcohol and smoking habits also lower the libido and make disinterested in sexual life.

Also, Read Diabetic Diet, All You Need to Know About Diabetes, Signs, and Symptoms of Diabetes