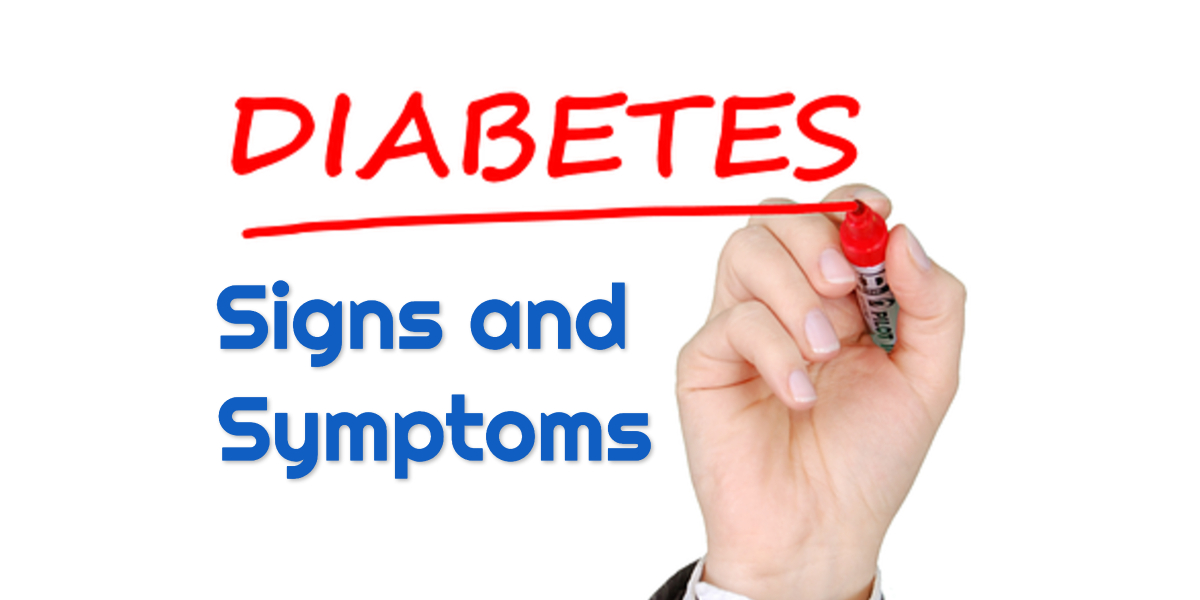 What are the Signs and Symptoms of Diabetes?

Prior to any greater talk about the symptoms of the well-known disease, we shall focus on the facts about it.

Diabetes is not age biased, it is noticeably high in our children 10 years earlier than them of other countries. The prevalence of diabetes is said to be 7.1% which is roughly expected to be 8.7 % in the near future by world health organization (WHO).

Pre-diabetics in our country are more in the count than the affected. One of four individuals is seen with diabetes in the southern parts of India which stands in the first place. Diabetes doesn’t alone infect the blood and insulin but draws most of the people below 60years on an average to death causing cardiovascular, chronic renal and other complicated disorders.

World health organization says, almost 30% of income from a poor family goes into regular diabetic care who can’t even afford health insurance. The treatment and medications of diabetes are not rock bottomed as the disease appears. With the growing diabetes population, regular diabetic care would cost the earth for a common individual in our country in the days to come.

We have already known enough that diabetes is a condition of rising levels of glucose in our blood. In a way to explain it is a horde of disorders affecting the body in multiple ways possible. From the blood to the heart it has a long way to go in destruction.

Diabetes shows off a lot of signs and symptoms from its onset to the complexed situation. Awareness of them is of foremost importance to build a healthy and preventive life.

Measures to be controlled:

Our body alarmingly sends out the disturbances caused in its regular functioning in various ways possible.

The body mass index, the glycemic index, and the blood sugar levels monitoring are such. An adult blood glucose level is supposed to be 4grams. When the glucose level in the blood increases above the four grams it may be called hyperglycemia and downfall to it is as hypoglycemia. The fastening blood sugar levels as the 2hours postprandial are taken into count when you approach a lab test for detecting diabetes. The units measured internationally are usually mmol/L. In India fastening blood sugar levels varying between 80- 125 mg/dL is considered healthy and spike above it is diabetic. Postprandial of more than 200 mg/dL is suspected. Glucose tolerance of an individual is measured using the very tests.

American diabetes association stated from 4.4 to 6 mmol/L in fastening levels as acceptable and after meal range of 7.8mmol/L as good. In Diabetics fastening levels and after two hours glucose levels should be controlled within 5-7.3 mmol/L and 10mmol/L respectively. A change in your body mass index is something you should pay attention to. The BMI, as it is globally called is a calculation of a persons weight and height. If it is anywhere between 18.5 to 24.9, you have a healthy body mass index, below 18.5 your body is under weighed. And above 25 and below 29 you have the obesity or you or overweighed for your body.

It’s one of the warnings calls your body gives when you are prone to diabetes. The accumulation of unwanted weight, an increase in BMI should be brought to a standstill, to prevent the advent of the chronic disorders that coexist with diabetes. The wounds or cuts fail to heal asap when affected by diabetes. Cascade reactions involved in the wound healing process cannot be executed. The platelets, clotting factors, leukocytes, neutrophils, chemokines, immunoglobulins, antibodies, minerals like magnesium etc of this mechanism are the ones which are prime victims of the raised blood sugar levels. The immune system, nervous system functioning is suspended. It’s time to get your glucose levels checked if you find any delay or prolonged infections and refused blood clotting in the body. The most common complaint that we come across in people with high blood sugar levels is polyuria or excessive urination. In order to dilute the blood from its deposits if sugars the cells drain fluids into the blood, which may have minerals, water, nutrients, and salts. The drain is responsible to clear out the dense blood sugar levels. But due to the high drench of fluids, the kidneys can’t filter and allows it to go out as urine. This is done to maintain the homeostasis. So urine is passed out in considerably high intervals. This is an everyday symptom of diabetes. Dehydration and polyuria travel together throughout diabetes. As spoken, the frequent urination is facilitated by the kidneys. This ends up in dehydration as most of the body fluids are drawn out. Quenching the thirst with more fluids induces more urination on the other way. Excessive thirst ends up in dry mouth and fatigue sometimes. About 60 percent of the glucose reserves of our body is exploited by the brain. In affected conditions, the brain gets deprived of the nutrients needed. This triggers headaches and dizziness. The dehydration, thirst may also add to the stressed brain. Reproductive health is of no exception to diabetes. In women, dryness of the vagina, itchy groin, and vagina, hormonal imbalance, yeast infections, lack of orgasms and disinterest for sex is seen. In men, sexual life alters more effectively. Erectile dysfunction is a serious issue caused by diabetes. The blood flow required for the erection of the highly vascularized penis is disturbed, leading to dysfunctioning. Lack of interest in sex and hormonal fluctuations also happens. Foot care and foot problems in diabetes are must be seen. Neuropathy gives diabetic foot which is a complicated case of high sugars.

Regular trimming, checking, cleaning, moisturizing of feet along with a small workout routine is the utmost need. Dryness of retina, retinopathy, blurred vision, sight differences are noticed. This happens as a reaction to the hemostatic balance tried out by the optic cells in the eyes, making them dry without fluids necessary. The optic nerve functions are restricted by the destructed nervous system, so the sight differences occur.

Irregular falls, posture imbalance and dizziness becomes prominent with this. The nervous system is a master worker for our body to carry on its assigned functions with coordination. Body and posture imbalances, dizziness, drowsiness, fatigue, lethargy, concentration difficulties are seen when it is effected. In neuropathy motor or sensory actions are specifically troubled. Sudden falling, nausea, vomiting, inability to control the actions are severe demonstrations. Gastroparesis is the extreme condition of diabetes. The food refuses to pass down the stomach and stays there for days creating serious problems. Nausea, bloating, vomiting, stomach ache, fatigue, constipation, diarrhea, headaches are a few. A gastroparesis diet is recommended along with the medication.

Other symptoms include constipation and diarrhea, small intestine when disturbed causes severe diarrhea and stomach ache while large intestine disturbances responsible for constipation. As discussed before, the organ which is responsible for the filtration of the fluids is the kidney. Excessive urination, dehydration, filtration occurs through it. The inefficiency of these organs, in the long run, may end up in chronic kidney diseases and renal issues. Diabetics of middle age show this chronic kidney failure. The circulation, the arteries and blood vessels that pump to the heart are thickened in their walls by the high sugar levels and blood pressure ranges. Cholesterol in obesity adds in. This causes a series of cardiac issues from heartburn to strokes and cardiac arrests. No matter how lean you look, or obese you weigh, when affected by diabetes, you will have lots of cravings for everything around. The energy to the cells is usually provided by the glucose deposits. When they are not being absorbed into the cells, the energy required is not available for the body. This results in the increase and frequent hunger. We try to splurge on everything available to compensate for the hunger.

The sudden weight loss, heartburn, sweet or fruity odor from the mouth, dental issues like periodontal issues or bleeding gums, skin diseases, gestational diabetes, pre-diabetes are the manifestations of the diabetes attack on our body.

Our country is no more a stranger to diabetes and its complications. A mindful lifestyle and alert to the alarming changes can be a fruitful step in keeping the disorders at an arm’s length.

The symptoms if any disease when neglected welcomes the effects and creates the complications. It’s wise if people are determined to fight the odds at the symptom level which can reverse diabetes.