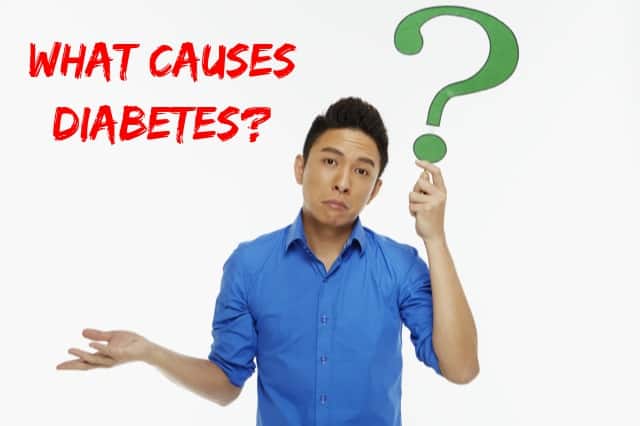 Diabetes has been an increasing issue in India and Asian countries. Malnutrition from ages has made the babies of our country smallest and thin. We have poor prenatal care, undernutrition, postnatal factors that have been affecting the children’s health. When talked about the body mass index, metabolism, insulin resistance, adiposity, we have the fat phenotype from our ancestors. The paternal genetic factors, urban lifestyles, poor diet, and insulin resistance started the diabetes mellitus, that became prevalent and chronic in no time. There are certain symptoms with which diabetes spreads its roots and complications. The causative factors and their syndromes are also discussed by far in the article.

Diabetes onset in the body shows off a vast range of symptoms, the most important one being the rise in blood sugar levels. They may start in the gestation, teenage or in the late 40 years of age. Diabetes type one shows quicker signs than of diabetes type two.

Your body shows persistent resistance to insulin production and raises blood sugar levels higher. The unavailability of insulin, can’t fit your cells needs of glucose, making you more hungry and tired than usual.

Excessive thirst starts with excessive urination also. Polyuria is a condition in which the kidneys, fail to absorb the minerals and body fluids, lets them pass through urine. This makes the body to lose the water and dehydrate. Hence, the diabetic body shows a lot of thirst and dehydration.

The retina, blood vessels and nerves if the eyes and the optical region gets damaged by the excessive sugars in the bloodstream. This causes blurred vision to the permanent blindness.

The open wounds pave the way for complicated infections, as they delay the wound healing process. A small cut wound and blisters take weeks to months to heal.

The energy deprivation in the cells and the tiredness are seen in reciprocation to the inability of the cells to absorb the glucose deposits from the bloodline. Decreasing energy levels makes the person tired and fatigued

A typical symptom of diabetic neuropathy. The nerves of the brain get effectively destroyed in this situation. Functions, circulation, internal structures, metabolism of the organs get damaged with the alarming sugar levels in the blood. The autonomous and central nervous systems are no exception. The stability and balance are stunted. This is seen as tingling, numbing, pricking and vibratory sensation in feet and hands. Without proper care negligence of a diabetic foot, the complications raise higher. Obesity in diabetes causes a sedentary lifestyle and also high mortality in developing countries. They pay off with expensive health care and complications. When the calculated body mass index of an individual is higher than 25, its considered obesity. In adults above 45 years, women also show a greater body mass index equally with men. Obesity is interlinked with asthma, high blood pressure, high cholesterol, arthritis, and poor health. Overweight and obesity continues in all ages and sexes. Both obesity and diabetes are preventable with physical activity, improving diet lifestyle and dietary changes. Physical inactivity of a person is closely associated with urbanization, lazy and overweight. This is an important aspect to look upon as it may draw in cardiovascular complications, hypertension and cholesterol. Regardless of this, the higher body mass index enhances further damage. A little concern over the growing body, a little walk and low impact exercises can handle the situation. Pancreas when infected or been operated, generally shows the alterations in insulin production. The glucose that is supplied to the body and produced when the insulin resistance occurs, the cells, liver, fats, and organs in the body doesn’t meet the insulin needs. This raises the sugar levels in the bloodstream Lineage and family history has everything to do with diabetes. The twins, children and grandchildren and Asian, African languages shows diabetes. Obesity, lifestyle and genetic passing of diabetes is the main cause. A pregnant woman with a family background of diabetes or overweight can have diabetes and can pass it on to the child. The parents with diabetes pass on to the children mostly as type 1 and permanently as type 2. Diabetes is seen in pregnant during the term of gestation is gestational diabetes. The causes for this onset may be insulin resistance and genetic background. The insulin resistance is offered by the body cells making the deposits of blood sugars higher and higher. The woman with diabetes and who gets pregnant after the age of 25 and obese has chances of preterm births, stillbirths and also overweighing babies the babies born out of gestational diabetes are likely to develop the type 1 diabetes soon in their teenage. The family background of the woman with overweight parents and diabetic history can also develop diabetes effortlessly in their pregnancy. The overweight, physical inactivity, mature age, family history, sedentary habits are grouped as causes of diabetes in pregnancy or gestational diabetes. Mutations are sudden changes in the genetic (MODY) Code can also cause diabetes. MODY or maturity-onset diabetes of the young is one such, which is independent of insulin production. Genes get affected in MODY. neonatal diabetes mellitus is seen in infants below 6 months and diagnosed due to a single gene mutation. This may grow into permanent NDM in some population. The mutation alters the beta-cell pathways paving the way for hypoglycemia and hyperglycemia, which cause diabetes.

Cystic fibrosis is a mutation associated disorder that blocks the salt and water in the body and digestion. The thick mucus produced in this condition affects the lungs and pancreas. They are seen in infants below one year of age. Diabetes is one of the serious impacts of cystic fibrosis. 50% of adults with cystic fibrosis are likely to be affected by diabetes. Pancreas gets deprived of its ability to produce insulin. Insulin resistance also acts along with the odds. A healthy diet and weight and glucose monitoring get the diabetic symptoms of cystic fibrosis under control.

hemochromatosis is a condition seen in both type 1 and type 2 diabetes. The autosomal genetic disorder affects the tissues of vital organs like the heart, pancreas, gonads, and liver etc, causing an overload of iron. This makes the imbalanced insulin synthesis, and also insulin resistance. It is seen in both males and females after 45 years. Acromegaly shows diabetes as a secondary sign. Glucose intolerance and over diabetes is seen in as acromegaly patients. The growth hormone causes hyperglycemia and hepatic issues. The insulin receptors are affected, the worsening of insulin resistance is noticed. Acromegaly and diabetic may occur together or diabetes may onset after a few years. image source: By CFCF – Own work

Diabetes and thyroid are both hormone related issues when the thyroid is present in diabetic condition, the glucose levels control becomes harder. The signs of hyperthyroidism are closely associated with that of the hypoglycemia. Excess hunger, low blood pressure, and fatigue are in common.

Diabetes starts with these root causes and shows up with these manifestations. Diabetic care, diet plan, medication, and treatments are all needed to control or prevent diabetes from the very stage diagnosed. It is a chronic disease, hence proper preventive care is suggested to avoid being a victim to it for a lifetime. Complexities are even caused to the vital organs with great damage if neglected or not paid enough attention to the treatment.

1 thought on “What causes Diabetes?”