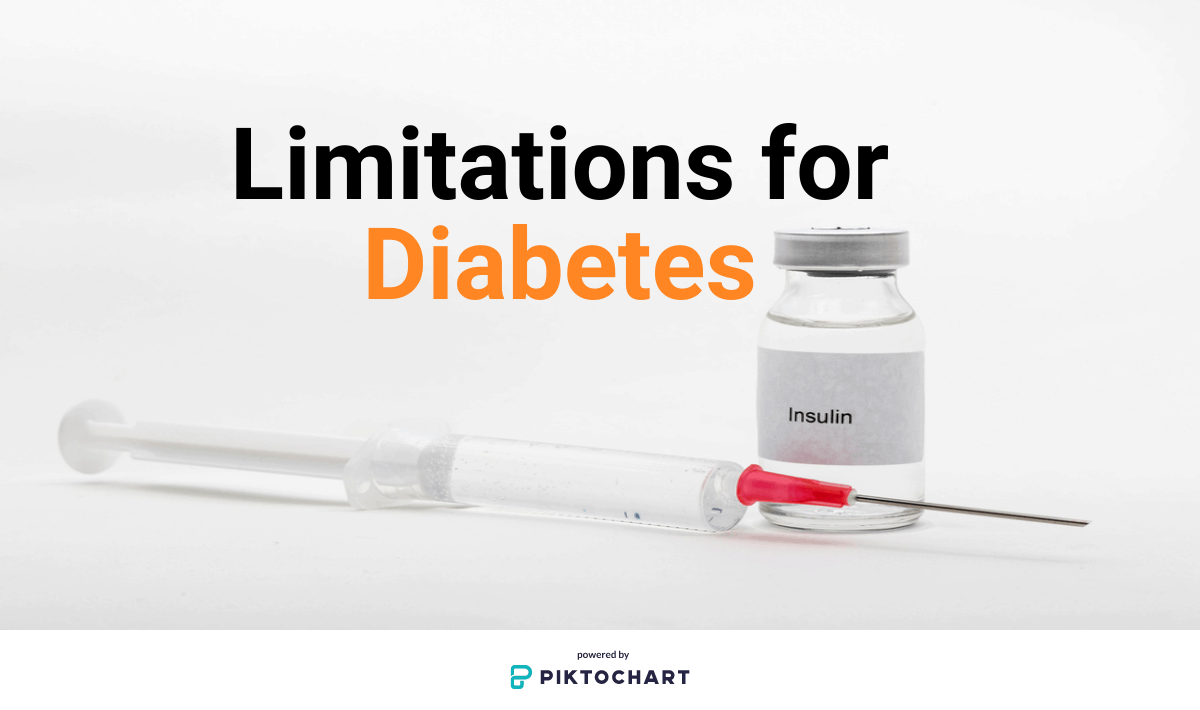 Diabetes, a condition in which the sugar levels in the blood hikes up than the normal, is a chronic disease. It disturbs the entire way of the body utilizing the food taken. The glucose formed from the digestion process will not be absorbed by the cells and continues to stream in the blood flow. This is due to the failure of the pancreas to produce insulin or may be due to insulin sensitivity of the body.

Keeping aside the reasons, diabetes became an incurable disease, with the significant population falling prey to it each day. The energy is acquired by the body, by oxidizing the sugars in the cells. In diabetes, the body gets deprived of the energy required this makes the individual tired and develops fatigue.

The kidneys filter a lot of body fluids to maintain the osmotic balance, consequently, more urination frequently happens. Due to the unavailability of energy, the person becomes too hungry and too thirsty often. Those are the hallmark symptoms of a person with diabetes. There are many types of diabetes, depending on the cause behind the onset. However, whatever the reason for diabetes, the insulin crisis and deprivation of energy is the ultimate circumstance.

Type 1 diabetes happens when the pancreatic cells that are the beta cells are destroyed by an autoimmune response triggered by our over-reactive immune system. These beta cells usually produce insulin for the body. The other condition for the likelihood of diabetes type 1 is the damaged pancreas stops producing insulin.

Type 2 diabetes is a problem when the body fails to produce insulin needs satisfactorily.

Gestational diabetes is seen in pregnant and in general, limited to pregnancy. Some women might develop it into type 1 diabetes post gestation. Prediabetes is a kind of warning bell before the onset of diabetes.

The continuous sediment of the glucose levels in the blood leads to hyperglycemia as they are not absorbed anymore into the cells. This makes people with diabetes rely on insulin pens, insulin pumps, etc. all other means of insulin intake to compensate for the gap.

For a person with type one diabetes, insulin injection is a must-have for survival.

Patients who have type two diabetes can survive with diet and exercise.

Taking this insulin dosage makes the cells susceptible to the glucose flow. Thus the inflow of glucose into the cells occurs.

In many cases, the cell membranes become more susceptible to glucose than needed, allowing more amounts of inflow than actual need. This decreases the glucose levels in the blood below the normalcy resulting in hypoglycemia.

Above all, a person living with diabetes cannot get complete control over his glucose levels in spite of using all these treatments. Rather it always needs dosage to maintain at least a not so meticulous level of normalcy.

The more accumulation of sugar in the blood for a short period of time results in headaches, blurred vision, polyuria or frequent urination, polyphagia or too much hunger, polydipsia or too much thirst, breathlessness , osmotic and electrolyte imbalance, diarrhea, digestion difficulties, infertility in women and impotence in men, skin diseases, arthritis, cardiac arrests and cardiovascular disease. The lifespan of people with diabetes gets reduced by fifteen years to that of a normal individual. All these are because of hyperglycemia for a shorter period.

Hypoglycemia is when not only the excessive sugars but also more than that are absorbed into the cells. This makes the glucose composition in the cells very less. It happens because of the dosages of insulin and other medications are higher than the required dosage. This brings so many ill effects in the body. Dizziness, constant fainting, convulsions, tremors, mood swings, mild and unresponsive behaviour, profuse sweating, and unconsciousness. These are more dangerous effects than those of the short time hyperglycemia.

American diabetes association observed certain limitations in diabetes with renal impairment. The renal diseases have been growing in parallel with the growing diabetes cases. Almost 54 per cent of the diabetics have ended up with this renal disease in the last decade. The prevalence of the disease is almost 700 million per million each year. Within 94 per cent of these people, most of them with renal impairment have type 2 while 6 per cent has diabetes type 1. End-stage renal failure has become quite common in people suffering from diabetes type 2. The record admission for renal replacement therapy is continuously increasing.

In general, any limitation can be defined as the inability to perform a certain action. Examination of diabetics with different genders and status of diabetes, for their limitations, brought up some interesting factors. The statistics and results obtained after using varied research designs and methods have emerged these results. Altogether these results were obtained irrespective of gender, status, socio and demographic differences. Women have a higher percentage of limitations than men. Still talking about women, 57 percent of them experienced difficulties in walking, standing, and bending. 40-50 percent were not able to push, climb, and carry baggage along. Almost 27 percent amongst them were unable to hold, grasp, reach out to things.

Men, in turn, have little lower percentages than women, but still, they have some notable digits. About 45 per cent of men faced an obstacle to stand and to bend. 29 to 38 per cent of them were unable to walk, climb and push. The prevalence of limitations or inability to work was more in women compared to men.

The symptoms of stress and depression are at 17 percent in the diabetics. The risks of cardiovascular disease and hearing impairment are at 26 and 16 percent respectively. People with diabetes have almost 15 years less life span than the normal people with a life expectancy of 65 years or more. Neck and joint pain were prevalent in 46 percent of diabetics. Of the total diabetic population, 18 percent were chain smokers.

Even after controlling all the risk factors, this study has found that the physical limitations are still double. Hyperglycaemia, peripheral neuropathy and diabetic neuropathy, peripheral blood vessel disease are the limitations that are without complete control.

To reduce these physical limitations, disabilities, the primary requisite is the prevention of diabetes. Identifying these factors and interventions for them will help to reduce the advancement of the limitations into disability. Meanwhile, India has more than 7.8 per cent adult population under diabetes. Almost 30 million and more people are living with diabetes without diagnosis and treatment. To manage life with diabetes, one should make lifestyle, food, diet, exercises, stress, etc… fundamental and valuable. Eating healthy, with a stipulated diet plan, can put the glucose levels limit. The blood glucose levels increase with a high intake of carbohydrates and fats. Therefore a low-calorie diet with low carbs and high protein and fiber-rich foods will be prescribed by the dietician.

Making those additional pounds of weight to shed off is most important as overweight, or obesity worsens diabetes. To maintain this, a low clash exercise regime and consistent strict diet are needed. Diabetics usually are inclined to make their lives sedentary and sluggish and spend time in a nap. Being lazy brings cellulitis, skin problems, arthritis and joint pains.

Smoking and drinking habits should be abandoned to be able to manage the disease. There is no other help than taking care of yourself. A pamper for foot and skin is a reason for a healthy life. Nevertheless, it results in the diabetic foot, gangrenes, and also amputations.

In a maximum number of diabetes cases, obesity and diabetes are noticed in the following generations. Genetically earned diabetes can be kept in control by a thorough knowledge and precluding diabetes, and it’s symptoms through food, weight, and energy equilibrium.

Indian women have been living with diabetes without being noticed for a long time now. This is the reason for many diabetes deaths, gestational diabetes cases, and hyperglycemia, etc…